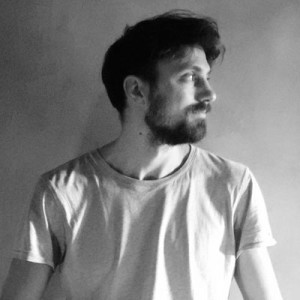 Gaël Urzaiz (Madrid, Spain, 1984) grew up as a Waldorf Lego kid, developing a very visual and disassembling vision of the surrounding world.

As a teenager and after many years of car engineering passion, he resolved to focus on architecture after living for some time under the roof of an architect in San Francisco. He then combined his first years of studies with another great interest of him working as a bike mechanic, before completing several internships and architectural collaborations in Spain and Brazil.

The production of The Competition documentary and all the side research and filming involved, gave him the opportunity to deeply dive into the international architecture scene, what lead him to reconsider the focus of his career and the willing to diversify.

Since then, Gaël was trained as an event manager and works nowadays as part of the creative team for Disney, Pixar, Marvel and Lucasfilm developing comprehensive retail strategies, from store design to digital branding.